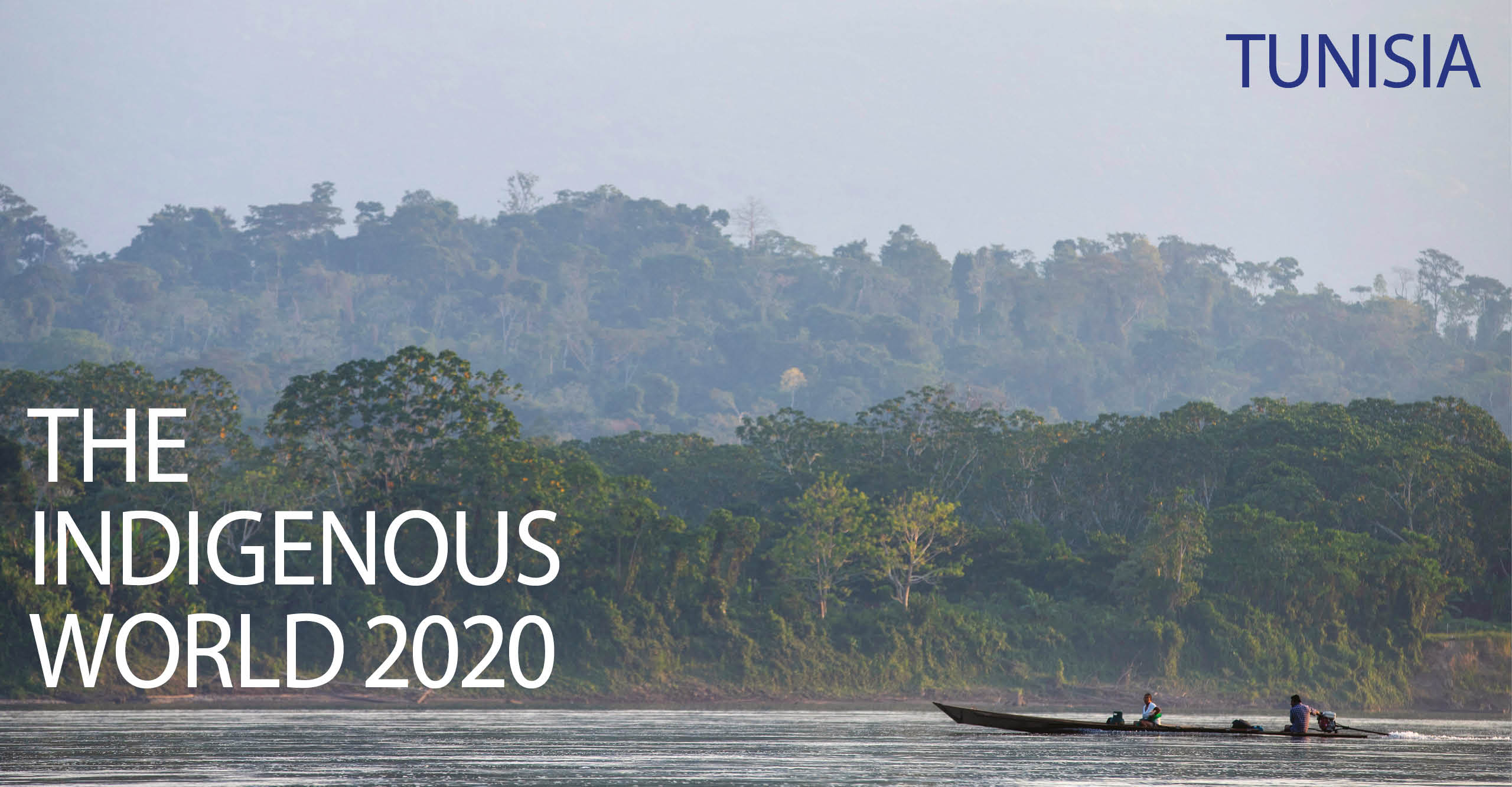 As elsewhere in North Africa, the Indigenous population of Tunisia is formed of the Amazigh. There are no official statistics on their number in the country but Amazigh associations estimate there to be around 1 million Tamazight (the Amazigh language) speakers, accounting for some 10% of the total population. Tunisia is the country in which the Amazigh have suffered the greatest forced Arabisation. This explains the low proportion of Tamazight speakers in the country. There are, however, increasing numbers of Tunisians who, despite no longer being able to speak Tamazight, still consider themselves Amazigh rather than Arab.

The Amazigh of Tunisia are spread throughout all of the country’s regions, from Azemour and Sejnane in the north to Tittawin (Tataouine) in the south, passing through El-Kef, Thala, Siliana, Gafsa, Gabès, Djerba and Tozeur. As elsewhere in North Africa, many of Tunisia’s Amazigh have left their mountains and deserts to seek work in the cities and abroad. There are thus a large number of Amazigh in Tunis,  where they live  in the city’s different neighbourhoods, particularly the old town (Medina), working primarily in skilled crafts and petty trade. The Indigenous Amazigh population can be distinguished not only by their language but also by their culture (traditional dress, music, cooking and Ibadite religion practised by the Amazigh of Djerba).

Since the 2011 “revolution”, numerous Amazigh cultural associations have emerged with the aim of achieving recognition and use of the Amazigh language and culture. The Tunisian state does not, however, recognise the existence of the country’s Amazigh population. Parliament adopted a new Constitution in 2014 that totally obscures the country’s Amazigh (historical, cultural and linguistic) dimensions. In its recitals, the text refers to the Tunisians’ sources of “Arab and Muslim identity” and expressly affirms Tunisia’s membership of the “culture and civilisation of the Arab and Muslim nation”. It commits the state to working to strengthen “the Maghreb union as a stage towards achieving Arab unity […]”. Article 1 goes on to reaffirm that “Tunisia is a free state, […], Islam is its religion, Arabic its language” while Article 5 confirms that “the Tunisian Republic forms part of the Arab Maghreb”. For the Tunisian state, therefore, the Amazigh do not exist in this country.

On an international level, Tunisia has ratified the main international standards and voted in favour of the UN Declaration on the Rights of Indigenous Peoples in 2007. These international texts remain unknown to the vast majority of citizens and legal professionals, however, and are not applied in domestic courts.

Tunisia’s president, Beji Caid Essebsi, died on 25 July 2019 aged 92. In a snap presidential election, Kais Saied was elected President of the Republic on 13 October that year. His first speech to the Tunisian Parliament, on 23 October, contained not one word about “minorities” and stated the Tunisian’ state’s commitment to “respect the different international agreements but also to review them in accordance with the interests and will of the people”.

The possibility that the new Tunisian Head of State may review international agreements previously adopted by this country is a source of concern for human rights defenders as it could represent a challenge to the indivisible and universal nature of human rights.

Implementation of the law on racial discrimination

Tunisia has adopted Law No. 50/2018 of 23 October 2018 on “eliminating all forms of racial discrimination”.1 Its aim is to “eliminate all forms of racial discrimination and its manifestations and to protect human dignity, ensure equality in individuals’ enjoyment of their rights and comply with the duties set out in the constitution and international treaties ratified by the Tunisian Republic”. The law also provides that the state shall “undertake to disseminate a culture of human rights, equality, tolerance and acceptance of the other among the different components of society”. This law was originally enthusiastically received by human rights organisations; however, more than a year has now passed since its enactment and it is facing barriers to its implementation. The implementing committee for this law has not yet been established and there have been virtually no complaints submitted by victims of racism and racial discrimination due to difficulties in the legal process.

For the Amazigh, in particular, this law is proving virtually unusable because the constitution totally denies their existence. It recognises only one category of citizen: Tunisian, Arab and Muslim. Moreover, people are afraid of denouncing abuse as this could expose the victims to reprisals from both the police/judicial authorities and the Arab population. Some ministers and others invited onto the television for interviews often openly describe the Amazigh as “dividing the Arab Tunisian nation” and “allies of the Jews”. Organisations working to protect and promote Amazigh rights are therefore calling for constitutional reform in order to include recognition of the Amazigh community and its rights.

Amazigh associations met with the Ministry for Relations with Constitutional Institutions on 15 July 2019. They raised questions regarding the government’s implementation of the recommendations made to the Tunisian state by the UN Committee on Economic, Social and Cultural Rights in November 2016. The Minister undertook to place this issue on the agenda of forthcoming government meetings although no progress has been noted in this regard since then.

Quite the contrary, discrimination is ongoing with, for example, the refusal to register Amazigh first names in the municipal registry offices. Such was the case this year of the names Sfax and Bizerte. The authorities are simply implementing Law No. 03/57 of 1/08/1957 and Ministry of the Interior Memo No. 205600 of 5/08/2013,2 which demand that municipalities register only Arab first names. This position is putting parents off giving their children Amazigh first names for fear of being stigmatised by the authorities and forced to resort to long and costly legal proceedings with an uncertain outcome.

Acts of intolerance in relation to Amazigh cultural identity

Any public expression or statement of Amazigh identity faces censure and intolerance in Tunisia.

With the aim of defending and promoting the specific rights of Tunisia’s Indigenous population, Amazigh citizens of the country therefore decided to establish a political party known as “Tynast” (The Key). On 5 November 2018, they submitted an application for party registration with the Ministry of the Interior, in accordance with the law. On 14 February 2019, the government’s general secretariat informed party members that their application had been rejected, without explanation or possibility of appeal.

On 5 May 2019, Tunisia’s Amazigh citizens once again submitted an application for the creation of a political party to the Ministry of the Interior, this time under the name of “Akal” (The Earth), in accordance with all legal requirements. In June 2019, this application was also declared inadmissible.

There are nearly 200 different political parties in Tunisia, none of which focus in any way on protecting or promoting Amazigh rights. It would therefore seem that this discrimination is aimed at preventing the political expression of the country’s Amazigh population.

Tunisia one of the countries most vulnerable to climate change

Tunisia was placed 35th most vulnerable to climate  change out of 183 countries on the NGO Germanwatch’s Global Climate Risk Index 2020.3 Advancing desertification is threatening the oases in the south of the country, rainfall is declining,4 and temperatures are increasing. The actions taken by the Tunisian government to fight global warming demonstrate a complete lack of consideration for the traditional knowledge and know-how of Indigenous communities. The government’s programme managers have applied a top-down method that does not involve the relevant people in the design of projects concerning them. There is therefore a serious risk of a lack of project ownership among these groups and, consequently, a lack of impact when tackling climate change.

Belkacem Lounes holds a PhD in Economics, is a university lectur   er (Grenoble University), expert member of the Working Group on the Rights of Indigenous Peoples of the African Commission on Human and Peoples’ Rights, and author of numerous reports and articles on Amazigh rights.