Mineral extraction in the Taimyr Peninsula

Written on 22 November 2012. Posted in Briefings 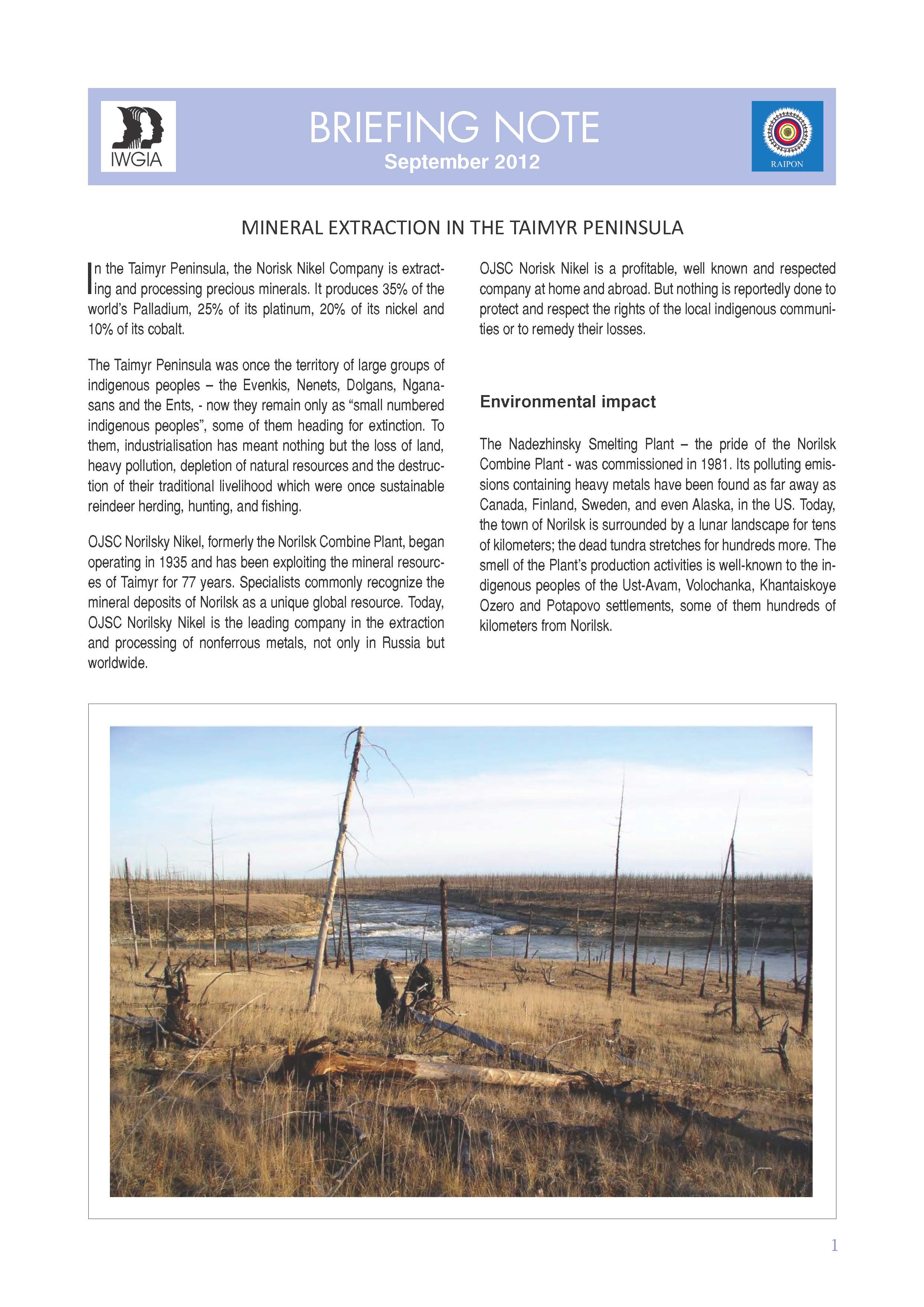 Briefing note about the environmental consequences of mineral mining on the indigenous Evenkis, Nenets, Dolgans, Nganasans and Ents of the Russian Taimyr Peninsula. In the Taimyr Peninsula, the Norisk Nikel Company is extracting and processing precious minerals. It produces 35% of the world’s Palladium, 25% of its platinum, 20% of its nickel and 10% of its cobalt. The Taimyr Peninsula was once the territory of large groups of indigenous peoples – the Evenkis, Nenets, Dolgans, Nganasans and the Ents, - now they remain only as “small numbered indigenous peoples”, some of them heading for extinction. To them, industrialisation has meant nothing but the loss of land, heavy pollution, depletion of natural resources and the destruction of their traditional livelihood which were once sustainable reindeer herding, hunting, and fishing.
Download publication