Under threat for resisting an illegal mine in India

“We will surrender our lives but not our land, hills and forests,” says representatives of Datobeda village, Jharkhand, India

These are the words of representatives of Datobeda village, Jharkhand, India, who have been leading the resistance to a limestone mine on their ancestral land and today live in fear of arrest. Surendranath Tudu, Pandu Sardar, Sonu Sardar and Netramohan Sardar have been falsely accused by the mining company of a number of crimes including kidnapping, assault and extortion. Arrest warrants were issued over a year ago in what represents a clear strategy to silence the community’s resistance to this mining project. 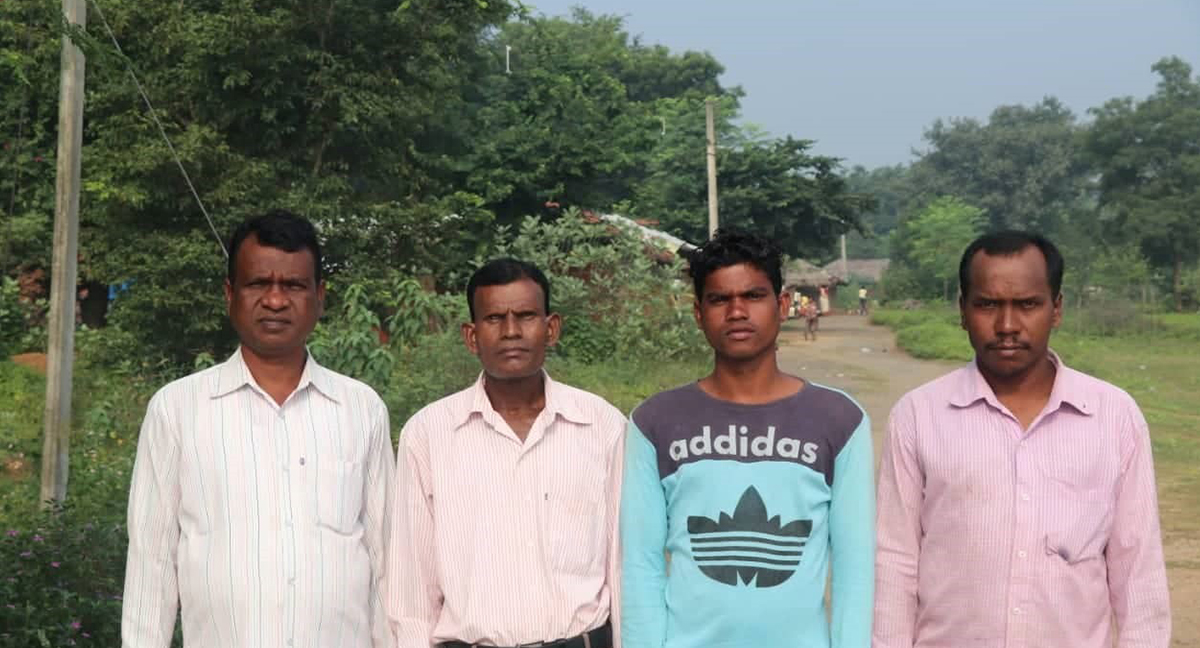 Datobeda village is in East Singhbhum district of Jharkhand, India, and home to the Santal and Bhumij indigenous communities. These communities are part of the tribal population who have self-governed their lands since 1966. In 2012, the government granted 13 hectares (32.79 acres) of so-called government land to Bir Birsa Minerals Pvt. Ltd. for limestone mining without any form of consultation with the Gram Sabha (village council) as required by law. This makes the mining concession illegal. As a result, the community protested the concession and prevented the company from starting their mining operations.

The company used local police to threaten the communities to sign their consent to the mining. But the community remained firm in their resistance. The next tactic was to file a criminal case against four of the leading members of the community resistance movement. They have been accused of allegedly attacking the company’s employees, kidnapping, assaulting and threatening to extort. In September 2018, the courts issued an arrest warrant for the four men. Since that date, they have known they could be detained at any time.

Surendranath Tudu, Pandu Sardar, Sonu Sardar and Netramohan Sardar are not alone. All over the world those who peacefully stand up to defend their land rights – and by extension the planet – from destructive industries are being threatened and criminalised. The criminalisation of land rights defenders has become a global crisis.

From 2-9th December Land Rights Now will mobilize globally to call for an end to the criminalisation and to stand with land rights defenders everywhere.